The “CEO Couch” is a format were Top CEOs are confronted with provocative questions on a specific topic and had to answer to the point. This year’s main topic was cloud computing and how German and European provider to assert oneself against the alleged overwhelming competition from the US. 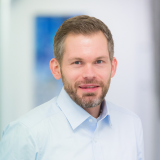 Rene Buest is Gartner Analyst covering Infrastructure Services & Digital Operations. Prior to that he was Director of Technology Research at Arago, Senior Analyst and Cloud Practice Lead at Crisp Research, Principal Analyst at New Age Disruption and member of the worldwide Gigaom Research Analyst Network. Rene is considered as top cloud computing analyst in Germany and one of the worldwide top analysts in this area. In addition, he is one of the world’s top cloud computing influencers and belongs to the top 100 cloud computing experts on Twitter and Google+. Since the mid-90s he is focused on the strategic use of information technology in businesses and the IT impact on our society as well as disruptive technologies.

Rene Buest is the author of numerous professional technology articles. He regularly writes for well-known IT publications like Computerwoche, CIO Magazin, LANline as well as Silicon.de and is cited in German and international media – including New York Times, Forbes Magazin, Handelsblatt, Frankfurter Allgemeine Zeitung, Wirtschaftswoche, Computerwoche, CIO, Manager Magazin and Harvard Business Manager. Furthermore Rene Buest is speaker and participant of experts rounds. He is founder of CloudUser.de and writes about cloud computing, IT infrastructure, technologies, management and strategies. He holds a diploma in computer engineering from the Hochschule Bremen (Dipl.-Informatiker (FH)) as well as a M.Sc. in IT-Management and Information Systems from the FHDW Paderborn.